OVCA has received an Artist in Residency Grant

from the Oklahoma Art Council for SY21-22.

Students that participated in this program last year found it fun and rewarding.

Mr. Danny Gordon will be joining again this year to work with students for six weeks. 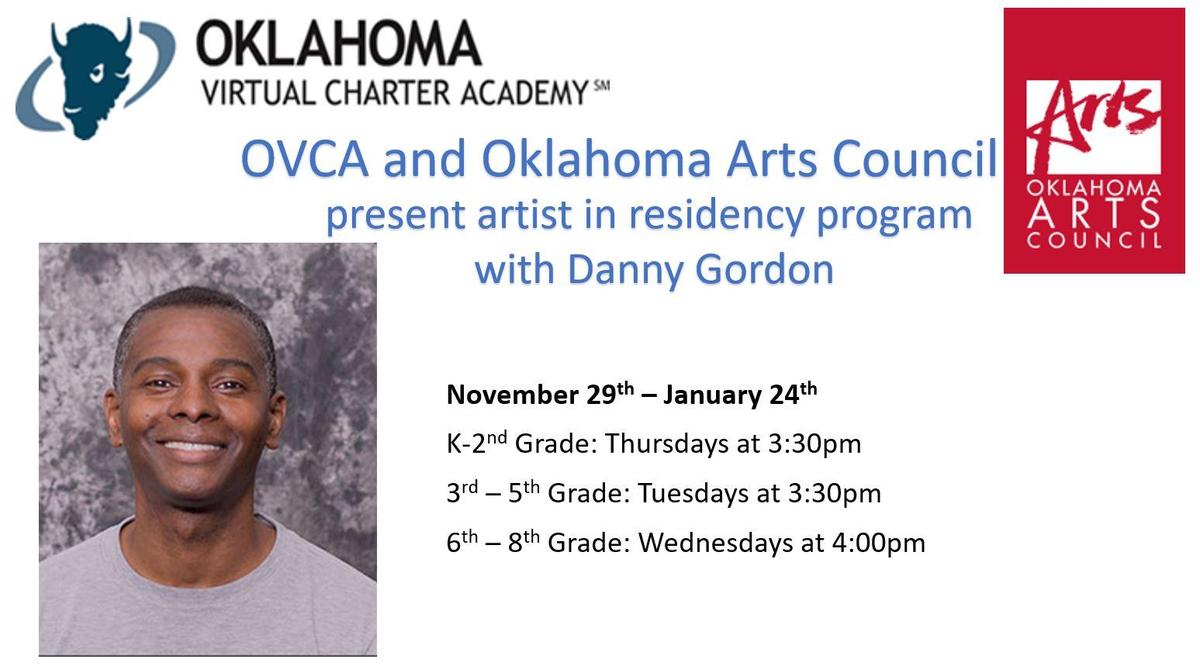 Danny Gordon is a self-taught, multi award winning artist/illustrator from Oklahoma City who has been creating art since he was five years old. After graduating high school, he attended several area colleges where he further honed his artistic skills and won numerous awards in the process. Gordon has illustrated several books for children but is best known for his comical canine and animal art, which he began drawing in 2003. Since then, he has drawn more than 600 images and 90 dog breeds. In addition to doing residencies (mostly in elementary schools), Gordon also conducts paint your pet paint parties at his Comical Canine studio in Bethany, Oklahoma. To learn more about Danny, visit www.dannygordonart.com.

Only sign up if you are able to attend the scheduled sessions.